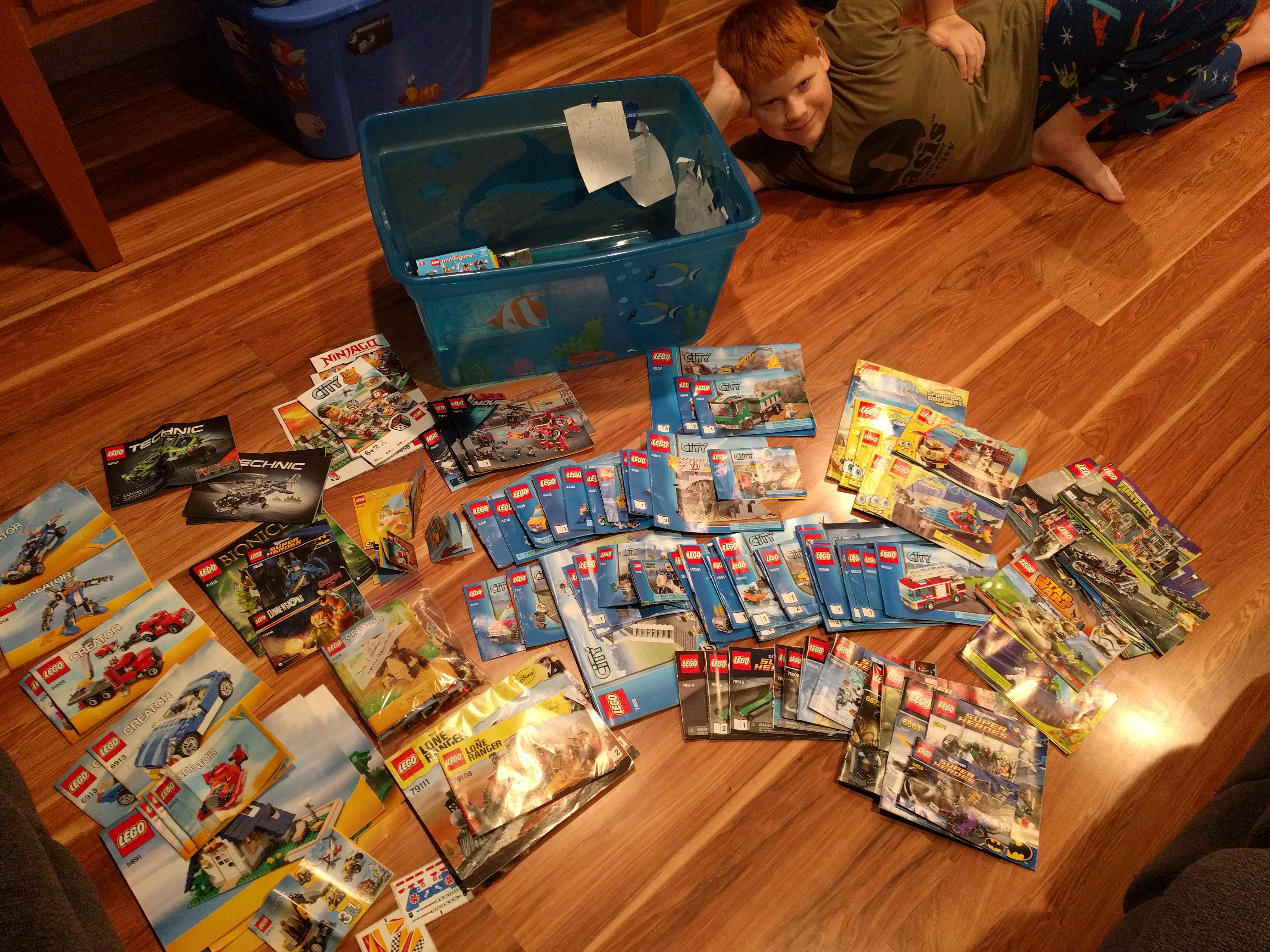 It’s been well over a year now since kiddo decided he was done building with Lego and ready to let most of it go. He came to this realization himself, without any influence from us. We were a bit surprised, especially given we know many kids keep them for much longer (sometimes even into adulthood), but we also know that he knows his own mind.

Around that same time, we found out about Play Well Africa, a charitable organization that distributes Lego to children in Africa. When I shared with him how it came about and what their mission is, he decided his Lego collection should go there. He’s remained confident in that decision ever since, but we just haven’t found the time to sort them out and send them off.

When I told a family member about his decision recently she was aghast. I’m not exactly sure why, but I can make a guess. Kiddo has a rather large collection of Lego. He’s been very fortunate to receive many of the sets over the years for birthdays and as Christmas gifts and we have also purchased a fair number of them as well. As such, they represent a fairly large investment.

It took me years to figure out that he wanted the new sets not so much for building, but for the mini figs! Since near everything he does is imagination and creativity fueled, new figures allowed him to expand his storylines. That also meant that he was constantly interested in buying new ones, and not playing as much with the Lego from past sets or really even building much, but just using the minifigures.

We started to sort them out shortly before our move but then put the totes in the garage and have done nothing with them since. Kiddo still uses some of the minifigs on occasion for other projects, like stop motion, but for the most part the Lego totes remained untouched and largely forgotten.

While on our big trip this Fall, we talked about sorting them out when we returned. We discussed how we’d need to ship them to California to donate them to the Play Well Africa folks, and what that might cost, and concluded that if we sold a couple of the more valuable sets, or even just the minifigs, that we’d be able to cover the shipping costs.

Earlier this week I stumbled across an article where a person mentioned a site that lets you track the value of your Lego collection. You can imput the set numbers and then see all sorts of analytics graphed out like stocks, if the value has gone up or down, etc. After seeing that, we decided step one was to go through the tote with all the manuals and first catalogue what we’ve got.

Wow! We had so much more than any of us remembered. And the suggested total value? Near $2400. The highest value set alone being worth over $300! And that’s for used sets with no box.

In light of this new information kiddo still wanted to donate them, but we discussed perhaps sorting out and selling a couple of complete sets. He’s thinking maybe it would make sense to sell all of the ones in a series, like all the Monster Fighters sets. That will be a lot of work, but we’ve got a lot of downtime right now at home for the winter. Or maybe we’ll still go with our original idea to sell many of the minifigs, as they’re the more valuable part of a set often anyway.

So for now he’s working on step 2, sorting out the minifigs by set. We’re not sure how long this will take or what we’ll ultimately choose to do with them all, but I think we’re on a good path and it’s a great learning experience.