Today we took the subway and went to the Royal Ontario Museum (ROM). It has lots and lots of cool stuff, almost too much to take it all in! Kiddo was particularly excited to see the dinosaur bones, especially the t-rex, but enjoyed lots of other aspects too. One of his favorite parts was the miniatures with the teeny tiny people.  He was not a fan of the mummy though. He did love the subway, despite how non-plussed he looks in this photo. We also made our first ever trip to a Whole Foods store! 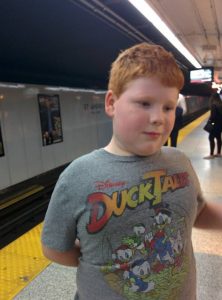 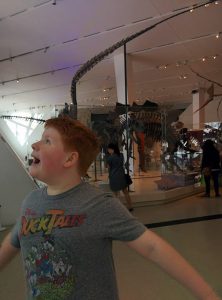 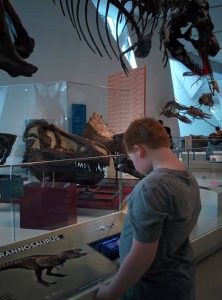 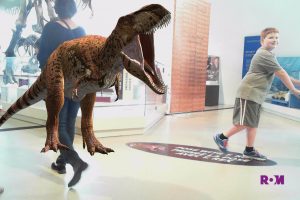 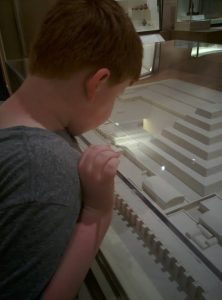 We’re still planning to take in the CN Tower and aquarium* sometime this week, perhaps a few other things too, but debating about getting tickets for Blue Jays vs Yankees. There are lots of tickets going pretty inexpensively and the stadium is literally right across the street. We’ve eaten some yummy vegan food, but there are still so many restaurants we haven’t tried! They are very spread out and not too many downtown near where we are staying.

*Aquariums are outside my vegan comfort zone, but the tickets were included in our Toronto City Pass booklet along with the others so we’re going to give it a go and likely will talk a lot about how it does/doesn’t align with our values, how the animals are treated, etc.